The papers -- and the Web sites, mind you -- have been deluded with talk of Joe Cole leaving Chelsea. Contract talks have stalled, they say. Joe wants first-team assurances. A summer switch to Manchester City is in the cards. AC Milan are having a look, too. 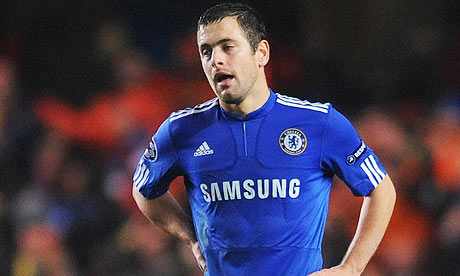 Well, it looks as if none of that is the case. Here it is, straight from the mouth of Carlo Ancelotti.

'"I don't have any news on the contract of Joe Cole but he will stay at Chelsea next year," Ancelotti said at Friday's pre-match press conference. "I'm 100% clear. The club want to keep him and he has told me he wants to stay. He's a very important player. It's normal that you have a discussion about things like this (contracts). The club wants to save and the player wants to earn more money. That's normal."

So, while a concrete deal has yet to be agreed upon, it looks as if Cole will be hanging around London a while longer. A good look, this.