If you were fortunate enough to witness Saturday's footballing clinic at the Bridge, you may have died once, twice, maybe three times. From what? Asphyxia, of course. This was simply breathtaking stuff. In fact, I'd wager I could make a fair bit of cash hocking an instructional DVD featuring highlights of the match. 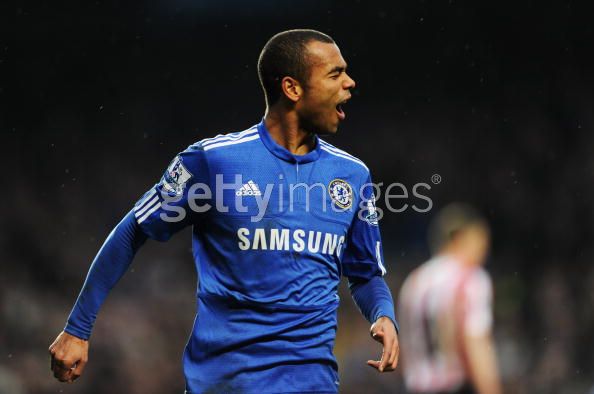 The best left fullback in the world.

"We have just given maybe our best performance of the season," Chelsea manager Carlo Ancelotti said. "This is how we should continue to play from now until the end of the campaign."

Just eight minutes passed before Anelka opened the scoring in what would become the club's largest Premier League victory in half a century. His first of two goals -- on a day in which he could have netted five at least -- was set alight by the vision and subtleness of Michael Ballack, back from the dead with a performance that brought memories of the inspired close to 2008. That description seems appropriate for nearly every member of the Chelsea starting XI. It was that kind of day at the Bridge.

Florent Malouda joined Ballack in the 'where has this been?' conversation with a display that so many of us have longed for this term. For a second there after his goal, a steamroller of a tally in which he won the ball near midfield and shrugged off a challenge while powering to the edge of the penalty area before firing with his weaker right foot past Martin Fulop at his far post, Malouda could've been mistaken for the best player in the world. Maybe?

Ashley Cole was perhaps our most lethal attacker. He was perhaps our finest player, too, if only for 45 minutes. I'm not sure if Cashley did any defending Saturday. He was a permanent resident in the attacking third as far as I remember. The way in which he took his goal was something to behold. Controlling John Terry's delightful overhead ball was a fine appetizer; his cushioned pull-back and lofted finish was the icing on the cake. Despite injuring an ankle in the lead-up to his goal, he continued to threaten and eventually set up Frank Lampard for his first of two tallies.

We could go on and on, but it may take weeks. Juliano Belletti was supreme in the holding midfield role. Joe Cole, despite some vintage wayward finishing, was bright and involved from the start. Yuri Zhirkov, who replaced Ashley at halftime, seamlessly transitioned into the mix. As ridiculous as it may seem, Chelsea looked likely to score each time they ventured forward.

Is this how Arsenal supporters feel most of half the time? Hell, even Arsene Wenger must've been applauding this display. And, to think, this period was supposed to be Chelsea at their most fragile.

Down a quartet of Africans, two of those figures, in particular, of the utmost importance, the Blues were expected to, at best, tread water in January. Instead, we've recorded two victories ... by a combined score of 12-2. Remaining opposition this month -- a list that includes Hull City, Birmingham and Burnley -- will not relish a meeting with the league leaders on this evidence.

The abolition of Sunderland was so glorious that I spent the past two-plus days savoring the result. I -- no, we, as Chelsea supporters -- deserve it. It wasn't a month ago we were all on edge. The club languished through December, a month in which Chelsea collected just nine of 18 points on offer. Results such as the 1-1 draw at West Ham conjured up memories of last season, one that surely would have imploded if not for the genius man-management of Guus Hiddink.

This term, unlike the sacked Scolari, Carlo Ancelotti has oozed cool, calm regardless of whatever situation he finds himself in. He was smooth in July. He was smooth in December. A 2-1 defeat of Fulham to close the calendar year would prove vital, said Ancelotti. He was right.

Have we rebounded from the wobble? It would appear so. I understand it has only been two matches, against Championship also-rans and a top-flight side missing a entire roster of defenders. So perhaps the latest hype is unwarranted. But do you want to dismiss such art? I don't.

Has Ancelotti finally dumped the blinders? Didier Drogba's absence has forced Carlo to somewhat abandon his favored 4-Diamond-2 formation for a more adaptable look. It's a flex formation, one that sees the team drop into a Christmas tree 4-3-2-1 without the ball, and drive forward with a width-based 4-3-3 in attack. The result has been devastating. It's a difficult formula, but one the players have adapted to well. The movement was crisp and fluid Saturday. I was particularly impressed with the quickness in which the side reverted into the 4-3-2-1 after losing possession. Aside from the opening exchanges and the mental lapses near the end, we were able to snuff out anything thrown at us with relative ease.

"When we move the ball quickly there's not a team that can touch us," John Terry said.

I've been saying this for months. There is a noticeable difference in our lethality when we move the ball with purpose. December featured a lot of stroking the ball around, allowing opposition to organize and thus have more success. Against Sunderland, there was no such contentedness.

Remember when Anelka was considered a finisher and a finisher only? It seems so long ago.

The reborn Frenchman has become much more than a goal-scorer. On Saturday, he was our attacking fulcrum. Almost everything ran through him, amazing.

Read this. And take a look at this interactive chalkboard from the Guardian to see just how involved Nico was against Sunderland.