Breaking news from the African Cup of Nations.

Ivory Coast, which played with 10-men for a majority of the second half, has bullied its way to the quarterfinals with a decisive 3-1 victory over Ghana. Our man Didier notched the Coast's third goal. Asamoah Gyan got a late consolation for the Ghanaians, who must defeat Burkina Faso on Tuesday to advance. 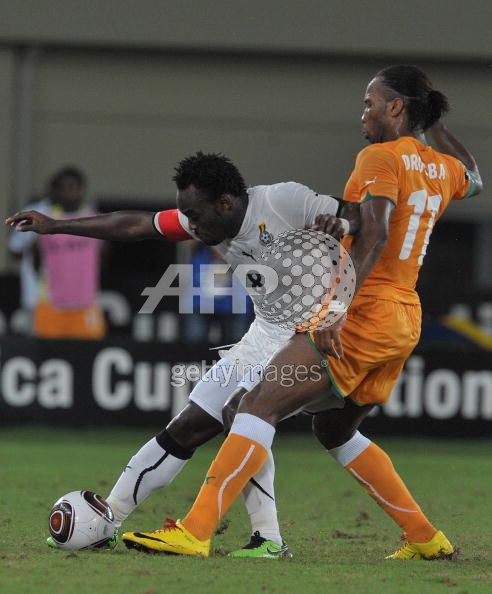 What will Chelsea supporters be most interested in, however? The health of Ghana midfielder Michael Essien. Have a read, from the Guardian's minute-by-minute report of the match:

"79 min: Oops, Drogba just injured Essien. I've never seen someone so distressed about hurting an opponent. For some reason Russell Osman pronounces Burkina Faso with an Italian accent. I'm fairly sure it wasn't an Italian colony but Osman does lend it a certain romantic air."

Yikes. Double yikes. Essien, just back from injury, doesn't need this s***. Luckily, he came back on after some treatment, though the Guardian MBM does mention him walking rather than running a fair share toward the end of the match. We'll keep you updated on his condition.