Sturridge saga finally at an end?

Share All sharing options for: Sturridge saga finally at an end?

Damn. Long week. Sorry for the lack of info. Let's get back to it.

The long-winding Daniel Sturridge saga appears to finally have been concluded today with a Premier League-convened tribunal deciding that Chelsea must pay Sturridge's former club, Manchester City, to pay £3.5 million for the player. There is also the potential of a further £3m based on future appearances for both club and country. 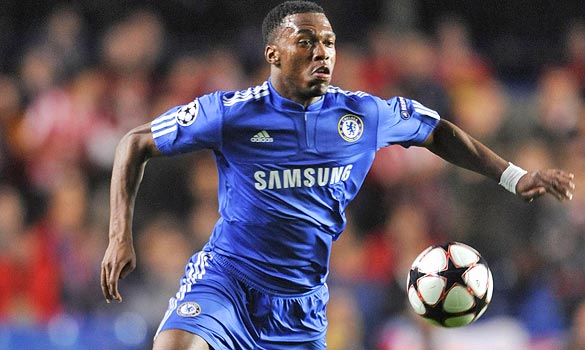 Sturridge. He's all ours now.

According to the Guardian, Chelsea must pay £500k for every 10 appearances the 20-year-old makes for the club in all competitions up to a total value of £2m. An additional £1m is due if he breaks into the England senior national team. Sturridge has made eight appearances so far for the Blues. City will also receive 15 percent of any sell-on fee if Sturridge were to move again.

City was seeking a fee of closer to £10m, but are likely satisfied with the result. Chelsea, too, are satisfied. CFC released an official statement: "We are content with the outcome of today's tribunal regarding Daniel Sturridge's transfer from Manchester City. The initial fee is very close to what we first offered. Any subsequent payments are directly linked to the success of the player and that is satisfactory to us."

As for my view, the fee seems favorable for a player of such potential. A 15 percent sell-on fee may seem a tad much, but it could be much worse. At least we can, as well as the player, can now move on. And get down to the business of scoring goals.