Share All sharing options for: Revealed: Chelsea Offside XI of the Decade

Happy New Year's Eve tricks! May your spirits -- both kinds of them -- be plentiful. And the one you kiss when the ball drops, I hope she shall be disease free.

As promised, it is time to reveal the Chelsea Offside and Reader XIs of the decade. Roma Offside visionary Chris reckons decade lists are superfluous. So do I. But they also can be a whole hell of a lot of fun -- or a means to fill up space. Either way you want to look at it, really.

Voting began way back in December (ha). The polls have now closed, and it's time to take a look at the damage. The ominpresent Gianfrancola Zola, Chelsea's undisputed player of the 1990s, is also amongst the best of the naughties -- wack, btw -- emerging as our long-awaited savior in the hole. Anyway, on with the show... 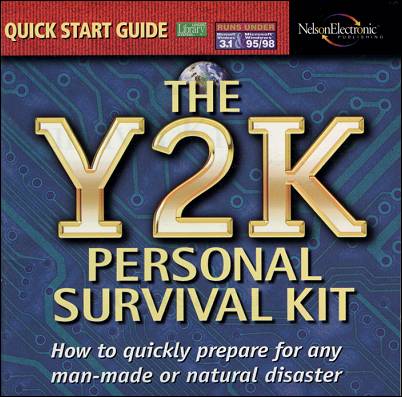 Analysis
What a team, eh? I don't think many can argue with the 11 selected by our wonderful readers. It has the ruthless, bellicose look of a Mourinho side, while oozing much-needed creativity via the unmatched artistry of Zola. Hasselbaink's goal-poaching blends excellently with the raw power of Drogba.

What did Chelsea Offside cook up? Let's take a look.

Analysis
We here at Chelsea Offside opted for effectiveness when selecting a formation of the decade. Under Mourinho -- and relying mainly on a 4-3-3, don't listen to the detractors -- Chelsea captured its first league title in 50 years. Then another. You can't really argue with success.

Our decision to choose Desailly over Carvalho may be accompanied by bemused looks, if for no other reason than Terry and the Frenchman are similar in construction; i.e. Carvalho and Terry are perfect compliments, similar to LeBeoeuf and Desailly. I see your point. Nevertheless, a Desailly-Terry partnership is as intimidating as they come -- aside from say an Olsen twins pairing or the Ari Gold-Terrence McQuewick juggernaut, of course. 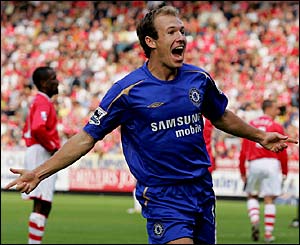 Good enough for our XI? Most certainly.

Robben made less than 100 appearances (67) during three seasons in West London. Yet he's included in our treasured side -- why? Simple. Few, if any, are as electrifying, or effective, as the Dutchman when properly motivated. And healthy -- rarely, unfortunately. Our early viewings of Robben, his delayed first season at Chelsea to be exact, produced some of the finest attacking football I've seen. His combination of pace, technical skill and ball control has been unmatched by anyone at the club since his departure.

Other than that, we're pretty much on the same page. Quality sides to be sure. Thanks to all of those who participated. Thoughts?