It's time to get back to work. And back to winning. 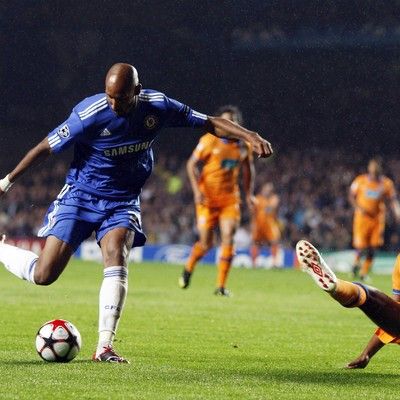 This will be Chelsea's -- more importantly CA's -- first match since the 3-1 defeat away to Wigan on Saturday, the Blues' first loss of the 2009-10 season. That was quite the unexpected result, even if Wigan were good money for the points at the end of the day.

Now comes the hard part: The response. How we react is not just crucial, it's critical -- imperative even. We simply cannot have another Scolari-esque period at the club again; we probably couldn't sustain it.

As always, keep me abreast of your thoughts, musings, feelings etc. before, during and after the match. Let me hear you, people.

Chelsea
Joe Cole (illness) and Deco (calf) have been passed fit and will be included in the team, though neither will start. Midfield options are limited, with both Michael Ballack and John Obi Mikel unable to travel with the team due to injury. Ballack is expected to return for Sunday's match against Liverpool, though (excellent).

Ashley Cole trained with the squad on Tuesday, but CA is still undecided on whether the world's best left-back will be in the mix for APOEL after he suffered a gash to his knee against Wigan. Yuri Zhirkov is expected to start if Cashley is unable to go.

APOEL
The Cypriots recorded an excellent draw in Madrid against Atletico on Match Day 1. However, enthusiasm for this tie may have dwindled because of injuries. APOEL will be without four key members, including principal goal threat Adrian Sikora.

Former Blue Nuno Morais, who made nine appearances for Chelsea over three seasons from 2004, will play against the club he left two years ago.

"You can go anywhere in the world and not play well, but the least we expect from every player is that we work hard and fight. The whole team, collectively, didn't do that. That's the most disappointing thing of all. All the other big sides in and around us had emphatic wins, so it's disappointing that we've come here and thrown away three points. It's disappointment all round.
"The manager has stressed that and the players feel that. When you look at it, you can't come to places like this, when they've got their crowd behind them, and not match their work ethic. We didn't win our headers, didn't win our tackles and that's simply not good enough. That's the minimum we ask for."
-England's Brave John Terry, following the loss to Wigan

"We analyse the mistakes at Wigan for sure. But usually we do this every game. I don't want to spend a lot of time on this match. It was not a good match, we understood this but now we are looking forward to this important game. Tomorrow I want to see a good reaction. I would like to see Chelsea play like in past matches in the Premier League and the Champions League.
"There is a good pressure for the (CL) match. 'They have a lot of enthusiasm for this moment. There is not only one player who can be dangerous for us. They are a team with good organisation both when they attack and defend. They work very compact and this could be a problem for us. But for sure we will return to playing well and have a good direction after Wigan."
-Carlo Ancelotti

"Everybody spoke at half-time and at the end in the dressing room. The players all knew it wasn't a good performance and not to the level we expect at Chelsea. Yes, there was anger amongst us. When you lose the way we lost to Wigan, nobody can be happy. We spoke and now we have the opportunity to act.
"Against Wigan we were always reacting to situations and were late with everything. Everything that could go wrong did. We didn't put all the ingredients in to win as we had in the first six games of the season. We know that, even if we are a good team, if we don't put in all those ingredients we won't win. Every team we come up against is organised and wants to beat us. If we're not prepared for that, we can have trouble against any side. But now we have an opportunity in another competition."
-Florent Malouda

Highlights of APOEL's 3-1 win against Copenhagen -- which vaulted them into the group stages -- is below...