Sutton gets a gig?

Share All sharing options for: Sutton gets a gig? 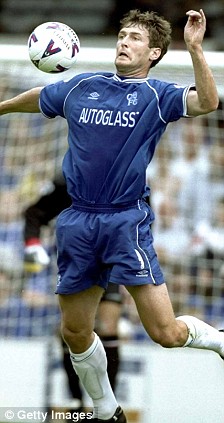 Sutton moved to Chelsea from Blackburn in 1999 for a cool £10 million following Rovers' relegation. He proceeded to net just one goal in 26 league appearances. He was even left out of the squad for the Blues' FA Cup Final win in 2000.

He was sold a year later to Celtic, where he went on to have a solid career.

Here at the Chelsea Offside, we would like to wish Chris the best of luck at Lincoln -- even though he was rubbish at the Bridge.