Match Recap: What The Hell?

Share All sharing options for: Match Recap: What The Hell?

Well, that wasn't pleasant. Not at all.

Chelsea's nine-match winning streak in all competitions -- six consecutive in the Premier League -- came to an abrupt, and surprising, end on Saturday against Wigan. Yes, that Wigan. 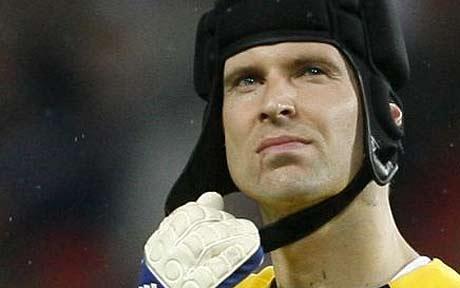 Petr Cech was sent off early in the second half after clipping Hugo Rodallega in the box. The Colombian forward, enjoying his first full season in England, easily dispatched the following penalty with ease against substitute keeper Hilario -- on for Malouda, the architect of our only goal via Drogba -- and the Latics were rarely threatened the rest of the day.

Think the defeat may be unwarranted? You would be wrong. Wigan was so impressive, organized and attack-minded from the onset, even Ancelotti was forced to admit so.

"They played very well and ours was a bad performance," CA said afterward, bemused. "They were well-organised. Yes, I was surprised by how good they were."

What went wrong? Well CA, for one, hasn't a clue.

The opening 10-15 minutes displayed what we've come to expect from Chelsea this season. Fluid movement, crisp passing, quality looks at goal -- they were all there. Then, Titus Bramble of all people takes advantage of some egregious set-piece defending to hand Wigan a shock lead.

It all really fell apart from there.

Following the sending off -- no doubt a penalty, but I'm still not sure on whether or not it was indeed a red card -- Lampard was forced to drop into a deeper position as our increasingly overworked midfield looked for open avenues. This hindered his ability to link with Drogba, who so often looks for the England midfielder with his back to goal. Thus, hold up play and, more importantly, our attack suffered.

All this is illustrated with the Guardian's super-underrated interactive chalkboards...

It didn't help that Michael Ballack, celebrating his 33 years on this here planet Saturday, was ruled out with a calf strain. Joe Cole, who returned after a decade in treatment, against Queens Park Rangers, also failed to be included. His creative zest would have been a nice option.

Luckily, Ashley Cole's knee injury suffered late in the second half isn't as serious as could've been. He will likely miss our midweek trip to Cyprus, but should return for our crucial tilt against Liverpool on the weekend.

So, is this just an isolated blip during an otherwise pristine run of form? Or are there more worrying signs to be taken from Saturday's debacle? I vote the former.

Only time will tell.