Share All sharing options for: Kenyon to resign Oct. 31

Chelsea announced today Peter Kenyon will resign his role as chief executive of the club at the end of next month. Following his full-time departure on Oct. 31, Kenyon will remain with the club as a non-executive director for an unspecified amount of time. 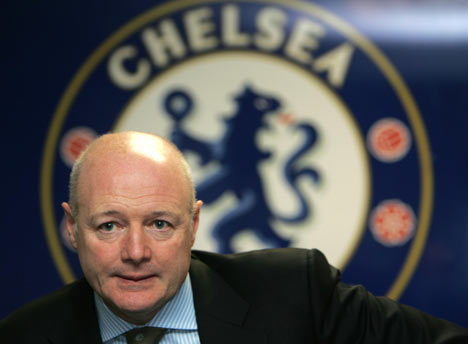 "I am extremely proud of my time at Chelsea and of the friendships I have forged with everyone here," Kenyon said. "I have been in football for 15 years and I can say with great certainty and pleasure the experience at Chelsea is one of the best I have had. When I joined Chelsea it was an incredible challenge and together with all the staff, the players, the board and Roman, I think we have really built a club, in a relatively short space of time, that can be in the forefront of European football for many years to come. That is a major achievement.

"I would like to wish Chelsea the best of luck for the rest of the season. I am sure Carlo [Ancelotti, the manager] can lead the team to more great things. I intend to take a little time off before considering what I do next but I am certain I have at least one major challenge left in me."

Surprising? Certainly. Expected? I think not.

Still, many Chelsea supporters will not be too depressed when hearing the news. Why so is another question all together. After all, the man did secure deals with Samsung and adidas during his tenure at Stamford Bridge.

So, what are people's thoughts on this development? Good, bad, indifferent? Perhaps more importantly, who's in line to replace Kenyon?