Share All sharing options for: Did Kilimanjaro conquer Roman?

What we know is that the Chelsea owner and a group of his finest friends -- the Daily Mail reckons more than 100, including former Blues boss and current Russia manager Guus Hiddink -- were in Tanzania last week to test their limits with a expedition up Africa's highest peak: Mount Kilimanjaro. 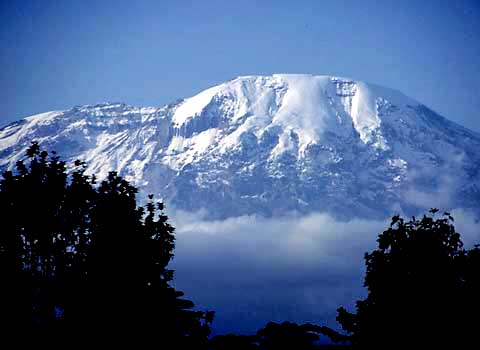 Now is where stories vary. Some say Romes & Co. had to abandon the trek after suffering breathing problems. A club spokesman denies this.

"Roman Abramovich did not collapse, develop respiratory problems, altitude sickness or require medical attention during his recent trip to Mount Kilimanjaro," the spokesman said. "The expedition was properly prepared and those in the group who wanted to reach the summit did so without incident.

I don't know about you, but looking at Romes -- dude is in shape, he's round -- I'm siding with the Daily Mail here. I bet Guus was pissssssssed.