Share All sharing options for: Charity offer Mutu's next move

This is few days old, mind you.

Adrian Mutu, after having two appeals against his FIFA fine for breach of contract dismissed by the Court of Arbitration for Sport (CAS), is now seeking another alternative to paying the 17-plus million euro fine to his former club, Chelsea. 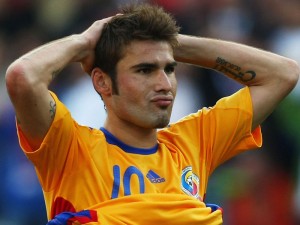 Now he wants to make a substantial donation to several charities, including one of Chelsea's choice.

"I can't pay that kind of money and it's not a question of desire but one of understanding and rationale," he said. "I propose to make a significant donation to a charitable association in Florence or elsewhere that looks after children with problems related to substance abuse and to make another donation to a charity chosen by Chelsea in London or in England and the same in my country, Romania."

It's also being reported that Mutu has lodged a third appeal, this one to a Swiss Federal Tribunal. We'll keep you posted.