The Transfer Ban: It just keeps getting better

Share All sharing options for: The Transfer Ban: It just keeps getting better

Here's the latest on the now infamous transfer ban FIFA sanctioned on Chelsea a week or so ago. You know, the one that involves a bemusing infraction -- perhaps non-existent but totally incomprehensible regardless -- regarding a 16-year-old player who had, or had not, signed a pre-contract with a club in a country where a pre-contract may or may not be tangible. 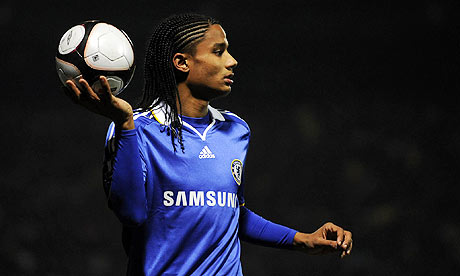 A sight not to be seen for sime time, apparently.

In addition to being banned from signing new players for two transfer periods, Chelsea have now been told by FIFA that it cannot recall any players who are currently on season-long loans. That means Scott Sinclair, on loan at Wigan, will not be returning anytime soon. Michael Mancienne, currently at Wolverhampton, may not be eligible to return either.

"If it's a season-long loan, it cannot be terminated in order to bring players back," said a FIFA spokesman.

Come again? So, what you're telling me is that Chelsea can't field players it owns? Brilliant that is.