You're may be wondering: Where have all those talented Chelsea youngstas buggered off to? Well, you're in luck.

Here's a roundup of those youths -- the two youths? -- that have been shipped out on loan before the start of the 2009-10 season. Let me know if I missed anyone, people. 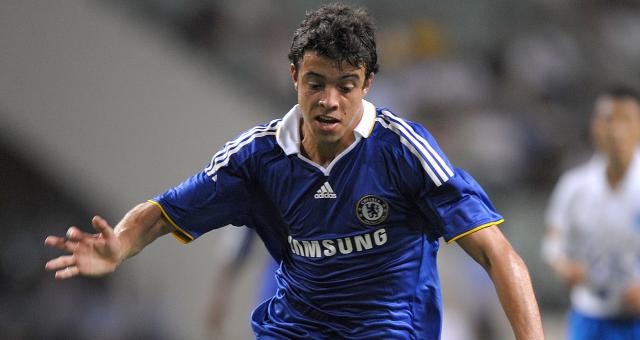 Franco Di Santo
Destination: Blackburn
Loan Length: Six months
After a month of speculation, Big Sam finally snapped up young Di Santo on a six-month deal. This could prove excellent for the Argentinian who, despite looking bright on nearly every ocassion he's taken the field for Chelsea, was never going to see much time at Stamford Bridge in 2009-10.
This is, of course, dependent on Di Santo getting games. Let's hope he does, because he could prove a valuable piece of not only Blackburn's puzzle but ours as well.

Ryan Bertrand
Destination: Reading
Loan Length: Season-loan
Bertrand's spell at Norwich -- consisting of a six-month and season-long loan -- was hit and miss. He put in several solid displays at left-back, but also struggled at times. Another loan, this time to Reading, will reunite him with former Chelsea youth team manager Shaun Rodgers. This should prove beneficial for both parties. I personally rate Bertrand higher than Arsenal's Kieron Gibbs so we shall see if he actually pans out -- or becomes another Chelsea youth system casualty.

Tom Taiwo
Destination: Carlisle United
Loan Length: Six Months
Taiwo, a midfielder or right back, was part of the controversial deal with Leeds in 2006 that also included Michael Woods. He joined Port Vale on a month's loan in 2008. Vale promptly sent him back afterward, rejecting the chance to extend the loan. Yikes.

Lee Sawyer
Destination: Southend United
Loan Length: Six Months
After spells at Coventry City and Wycombe, Sawyer is returning to the club he began his loan adventure at, Southend. Sawyer, in the last year of his contract with Chelsea, made 12 appearances -- scoring once -- during his initial three-month loan back in 2008. The attacking midfielder impressed during his first run at Roots Hall. Let's hope the second time is more of the same, and then some.

Miroslav Stoch, Slobodan Rajkovic
Destination: FC Twente
Loan Length: Season-Long
Stoch -- impressive in his appearances a season ago, however rare they were -- has opted to join Steve McClaren's Dutch revolution. The young Slovakian chose Twente over Wigan, Besiktas and Reading among others. In addition to studying under one of the great footballing minds England has ever produced, Stoch will link up with another Chelsea loanee, defender Rajkovic, whose has already spent a season with Twente.

In Twente's preseason friendly against Sparta Rotterdam on Aug. 1, both Rajkovic and Stoch started. Stoch clocked 84 minutes, while Rajkovic went the full 90. Stoch was very productive, assisting on the second goal of a 2-0 win and providing quality service. Good to see both holding down places in the starting XI, even better to see Stoch making an instant impact.

Potential Movers
Among those that could still move out are Jack Cork, who apparently is being giving the big eye by Hull City, and Michael Mancienne may yet end up back at Wolverhampton where he impressed for part of last season's campaign despite playing just 10 matches.