Share All sharing options for: In the money: JT signs new deal

Last night, I had a dream. I had a dream that England's Brave John Terry, Mr. Chelsea himself, was retiring from football at the tender age of 28. The game had worn on him and, with his body physically unable to perform at the level to which he would prefer, this great man was calling time on a joyous career.

I'm serious, now. This really happened. Luckily, it was just that, though, a dream. 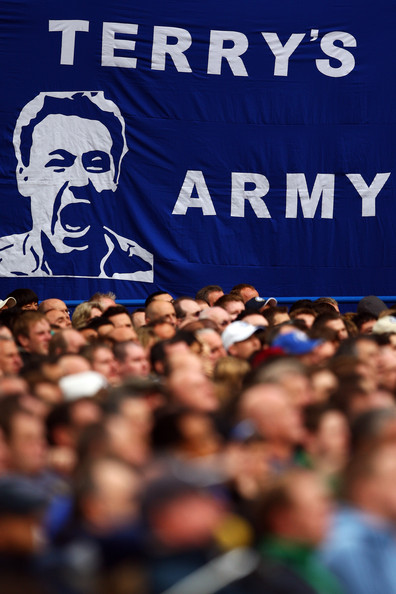 I woke up this morning to find that Terry had committed himself to Chelsea for another five years. Until 2013-14. Glorious, simply glorious.

The Guardian reckons EBJT will be earning around £170,000 per week -- up from £140,000 -- and making him the second highest earner in the Premier League. Quite a jump, but who am I'm to complain; I don't pay the bills after all.

"Chelsea is delighted to confirm that John Terry has signed a new five-year contract that keeps him at the club until the end of the 2013-14 season.

This reaffirms both John's and Chelsea's long stated desire for John to be at Stamford Bridge for the rest of his playing career."