Share All sharing options for: Al-Ahli goes all Ric Flair at Cobham

See, this is what happens when you show a little hospitality. Chelsea offers up its training ground in Cobham to Al-Ahli, even agrees to participate in a match with the Middle Eastern club. 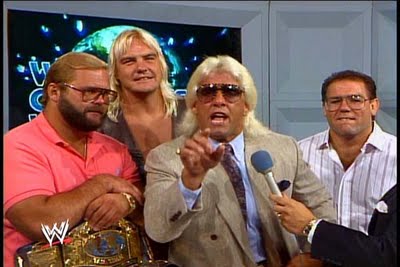 Their thanks? Pulling out the Ric Flair rake of the eyes on Gael Kakuta. Clotheslining Jeff Bruma. And, to top it off, putting Jack Cork in a headlock and just going to work on the midfielder's cranium. You've got to be kidding me.

Last weekend, in a practice match -- note the word practice -- Al-Ahli sparked a mass brawl with the Chelsea reserves following an apparent reckless two-footed tackle on Ben Gordon. What you read above is what followed.

The club did make a comment -- "There was an unfortunate incident but it has been dealt with" -- but offered no more. So that is that, I guess.

So, to summarize the point of this post, I say to hell with Al-Ahli. You want a battle? Let's set up the cage and broadcast this s*** live.