Chelsea's first London derby of the new term may not be the most fiercest, or the most glamorous. It does, however, represent a strong test -- and a reunion of sorts for two of the game's most astute managers.

Fulham's Roy Hodgson and CA are well-aquainted. As managers in Serie A, the two clashed thrice; of the three, Carlo won two. It shall be interesting how each counters the other in a match Chelsea will be keen to claim -- a late Clint Dempsey leveller earned Fulham a 2-2 draw last season at Craven Cottage. 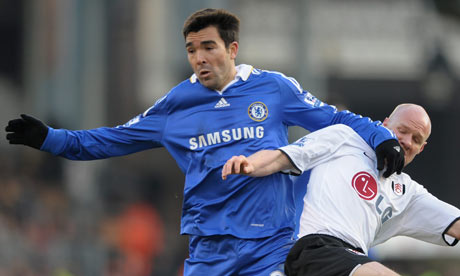 Team News: Following Deco's superlative show midweek at Sunderland, expect him to continue in the hole behind the strikers with Super Frank setting up shop on the left side of midfield. Anelka should return to partner Drogba. Will Mikel be dropped in favor of an Essien-Ballack axis at defensive and right mid? Likely.

Fulham have been dealt a severe blow with the news that striker Andy Johnson will be sidelined for eight weeks with a shoulder injury. That leaves Diomansy Kamara to partner Bobby Zamora?! Yikes. Former Chelsea boy Damien Duff could be in line for a debut, as could Jonathan Greening.

Didier Drogba has six shots on target so far this season, tops in the Premier League.

Frank Lampard led the Prem in chances created last term, and is in already back out front with 10.

In the last three seasons, Chelsea have won one of the games against Fulham and drawn the other.

Fulham have won just once in 16 league meetings with the Blues.

It's been nine league matches without a draw for Fulham at Craven Cottage. 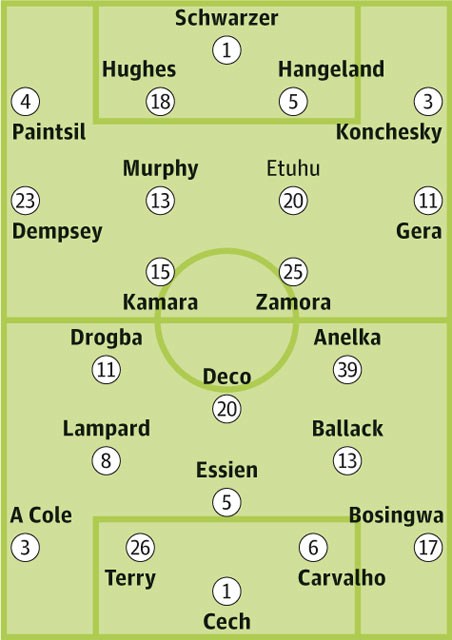