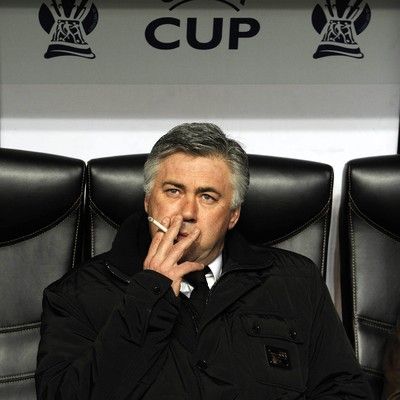 Carlo's sense of humor: When asked about the future of England's Brave John Terry, the Italian said he didn't know if EBJT would be captain next season -- then admitted to a bit of tomfoolery. Gotta love it.

He also promptly closed the door on any transfer of Terry to Manchester City, at least from the club's end. He said, "There is no price on John Terry. Terry will be Chelsea captain forever." Perhaps he'll want to speak to JT before making a statement like this?

As for his English, was it me or has his grasp of the language regressed since that first exclusive interview with ChelseaTV? Either way, he manaveured through that conference with control and relative ease.

Audio: The conference in its entirety.