WFC No Challenge for Blues

Share All sharing options for: WFC No Challenge for Blues

England's Brave John Terry has finally committed his future to the club. And Chelsea wrapped up the World Football Challenge in style Sunday night, handing Club America a 2-0 defeat at Cowboys Stadium in Dallas.

It finally went right for young Franco Di Santo who, as a second-half substitute, scored and set up the Blues' second goal. Flo-Rida netted the night capper. 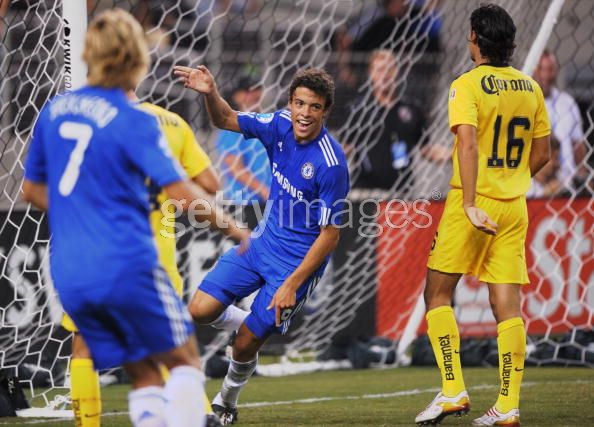 With the result, Chelsea wrapped up the World Football Challenge undefeated -- three matches, three wins -- and it's first trophy of the season. Perhaps it's meaningless but, for me, not so much.

Let's just hope we can keep it up.

What we have learned from Chelsea's American tale?

Dominic Fifield, of the Guardian, did an interesting piece on our trip to the States and what we can take away from it.

Included is the opinion that North America is warming to Chelsea. From evidence of my trip to Baltimore for the Milan match, I must agree. There was plenty of blue in the area. Still, though, it was a pro-Milan crown -- gross.