Share All sharing options for: Rant Box: A 'Special' Friendly

Tonight the Rose Bowl in Pasadena plays host to a homecoming of sorts. Former Chelsea manager Jose Mourinho will test his Internazionale side against the Blues in the second match of this preseason's World Football Challenge. 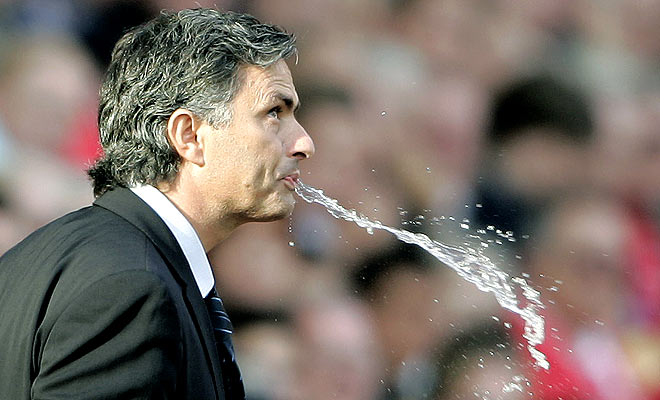 His specialness holds a special place in Chelsea hearts, as the man who broke 50 years of heartache with not one, but two Premier League titles -- in addition to his pair of Carling Cups and an FA Cup. Hardware has been limited since his abrupt departure in 2007; so has the club's overall influence.

Yet, while Super Frank, EBJT and Drogs will enjoy seeing one of their finest mentors once again, a managerial rivalry of epic proportions will reignite after only a few months.

"There are worse things in life than me and (Roman) Abramovich together, new Chelsea manager Carlo Ancelotti wrote in his autobiography. "The worst for him had already been and gone. He had already worked with His Specialness, Mourinho."

This could get interesting, even for a friendly.

Team News
Michael Ballack has returned to Stamford Bridge in preparation for surgery on a suspected broken toe. Bosingwa will miss tonight's match after picking up a knock in training, and we still can't Zhirkov -- Yuri is likely to miss the U.S. tour with permit problems.

Lineups had yet to be released at the time of Rant Box releaaaaase.