So I had this rant box written up for today's match, and forgot to post it when my pops offered to buy me a car. Sue me.

Chelsea's preseason tour of the United States kicks off tonight -- and so with it the managerial run of one Carlo Ancelotti as a Blue -- with a friendly visit to the home of broke a** Beckham wannabees (calm down, Freddie). The Sounders have been burning up the MLS in their inaugural campaign, but will no doubt view this little friendly as a monumental piece of their early history.

And why shouldn't they? Chelsea is the best team in the world, afterall.

Let's have it boys. It's time to get to work on the quadruple.

As always, let me know your thoughts and feelings right here. Haters, feel free to hate. 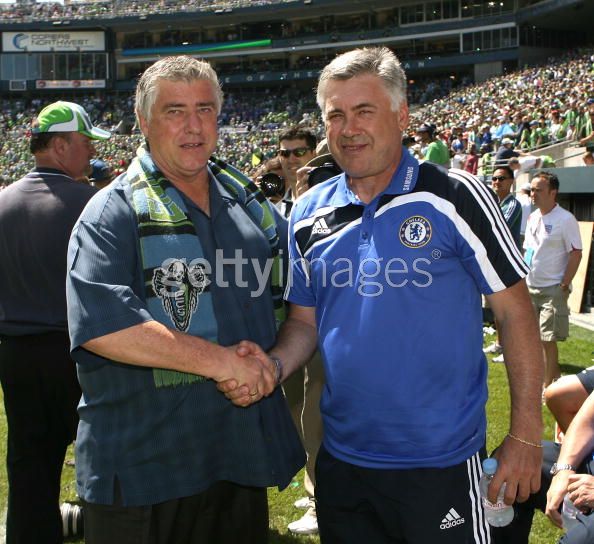 Team news and the latest from Chelseafc.com

"Carlo Ancelotti has selected a 4-4-2 formation with a diamond midfield for his first Chelsea match.

Deco will play an unfamiliar holding role with Frank Lampard as the most attacking midfielder.

The back five are the same as in the FA Cup Final while with no Africans considered to start, Daniel Sturridge begins his first Chelsea match up front alongside Nicolas Anelka.

Please note that Chelsea squad numbers are for pre-season only and may change for the season proper.

The Sounders name former Arsenal and Spurs pair Freddie Ljungberg and Kasey Keller in their side.

Substitutes: All the rest of the travelled squad.

The Sounders are expected to line up in the following 4-3-3 formation:

The referee is Alex Prus."