If you've spoken to England's Brave John Terry -- currently employed by Chelsea by the way -- or his representatives, tell us. If not, then keep the man's name out of your mouth. 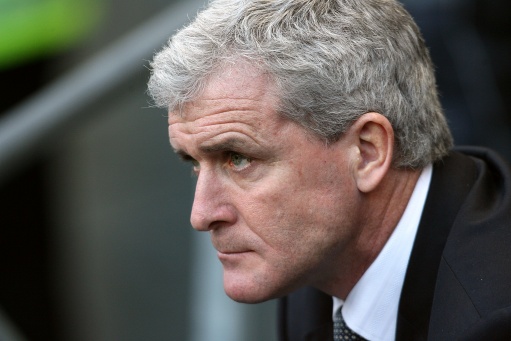 What is this man on about?

Today, after revealing Carlos Tevez to the media, the Manchester City manager spoke on Terry. From the looks of these quotes, he must have been at ease with the subject, almost brimming with confidence that Mr. Chelsea would be Mr. City in the near future. The quotes read as if Hughes knows something we don't; as if he knows something the Chelsea suits don't.

I don't like it, either. If he's just running off at the mouth, then this is appalling. If not, then damn; be concerned.

"The City manager accepted there were some players in the world, such as Steven Gerrard and Lionel Messi, who could never be persuaded to leave their clubs but argued that Terry did not fall into that category and painted a picture of the 28-year-old beginning to feel stale at the place where he has spent his entire career.

'We would like to think we could offer John a different challenge,' Hughes is quoted as saying. 'He's been at Chelsea a long time and I know from my own experience as a player that when you have been with a club for a long time you get to a point when you think you need a new challenge and that a change of scenery would re-ignite certain things within you.

'It is not a question of finance, or money, it is about a different challenge, and John being at a different stage in his life and his career, and maybe that is why there hasn't been a response (to commit to Chelsea) because John is seriously thinking in those terms. I went through that process myself as a player and I can understand if that is the way he is thinking.'