Not much going on in the world of Chelsea at the moment. I'd gauge tomorrow will change that drastically.

Anyway. On the official front, the Blues filed appeals against the UEFA fine and bans handed to Didier Drogba and Jose Bosingwa for actions during that Champions League atrocity in May. Shocking, I know. 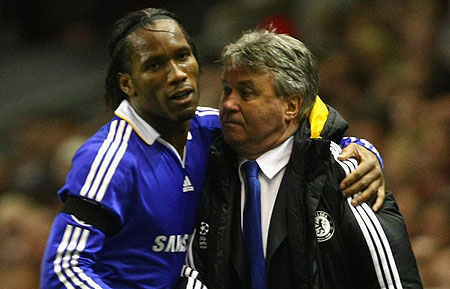 Via the official Web site ...

"Chelsea Football Club can confirm it has today lodged an appeal against the UEFA bans given to Didier Drogba and José Bosingwa, and the fine imposed against the club. We believe these punishments are unnecessarily harsh given the circumstances.

"We would reiterate that the players and the club are acutely aware of our responsibilities towards setting a good example as role models and upholding the values of the game. That is why honest and sincere apologies were made swiftly after these regrettable incidents occurred."

I doubt the appeals will hold much weight with UEFA but, hey, at least the club is acting on it's players behalf.