A relatively quiet close to the Premier League season for Chelsea. Not Sunderland, though.

The Black Cats are in a four-way dogfight for 60 million pounds. When's the last time Chelsea were involved in a relegation decider anyway? 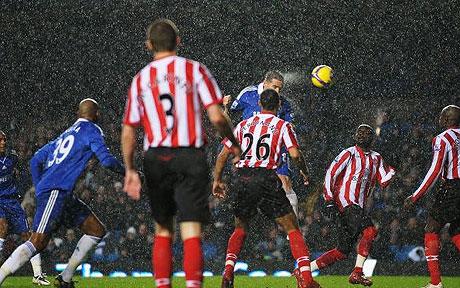 Hiddink will no doubt opt for a full-strength squad, the threat of first-team players losing form ahead of the May 30 FA Cup Final too real to ignore. Nicolas Anelka will also be looking to wrap up the Golden Boot -- he should have a good chance with CRon7 likely missing United's match against Hull City.

Prediction
4-1 to the Blues. Was there every any doubt?

Prediction, numero dos
Sunderland will stay up regardless. Newcastle will somehow draw with Aston Villa, while Hull and Middlesbrough both lose. The Messiah, thus, lives up to the nickname.
But, really, who am I kidding? I've got no clue what will happen.