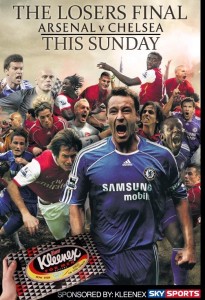 A London derby is in the cards. With third place in the Premier League at stake no less. And all I can really say is, eh.

No doubt Chelsea's tumultous midweek adventure has taken its toil on more than just this supporter. But I'll be damned if I'm simply not particularly interested in this weekend's top four clash with Arsenal. I'd gauge to say a siege on the Emirates might relieve me of my hangover, though.

Both clubs will no doubt be a tad punchdrunk from the week's earlier occurences. I'd rather expect Chelsea, however, to come out fully ready to unleash all that pent-up aggression and anger on Wenger's youngsters. I know I wouldn't want to be playing Chelsea at the moment; I'd expect Voyeur feels the same.

Simply avoiding defeat should ensure the Blues of third place and automatic qualification to the knockout stage of the Champions League. But a win, an away win to Arsenal, is on the horizon for Hiddink me thinks.

I'd expect our Dutch master to pick an unchanged side from Wednesday, unless these Drogba rumors are substantiated -- I highly doubt it. Sidenote: Three points here and I'd love to see Hiddink go with youth the rest of the season, sans the FA Cup final. Stoch, Di Santo, Mancienee, perhaps Kakuta? I guess we'll have to wait and see. 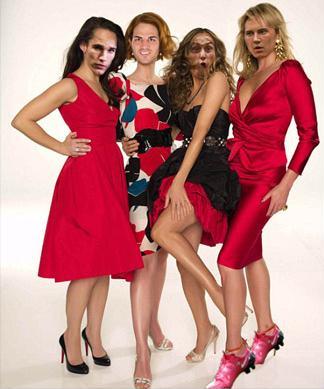 Prediction
Can't see a defeat here, especially with the likelihood of Arshavin missing the match for the Arsenal. A true thumping could be in order for Wenger's men. 3-1 to the Blues, a mild tonic for what has truly been an egregious week.