Do I even need to write anything on this match? I mean, does anyone not know the drill with this one? This will be our ninth meeting with the Scouse since 2004. My god, will it ever stop?

Maybe I should just copy my preview of last season's corresponding tie over. That would be easiest, right?

Alas, though, I simply can't do it. Many a thing has changed since that fateful day -- the day now known as Riise throughout the globe. 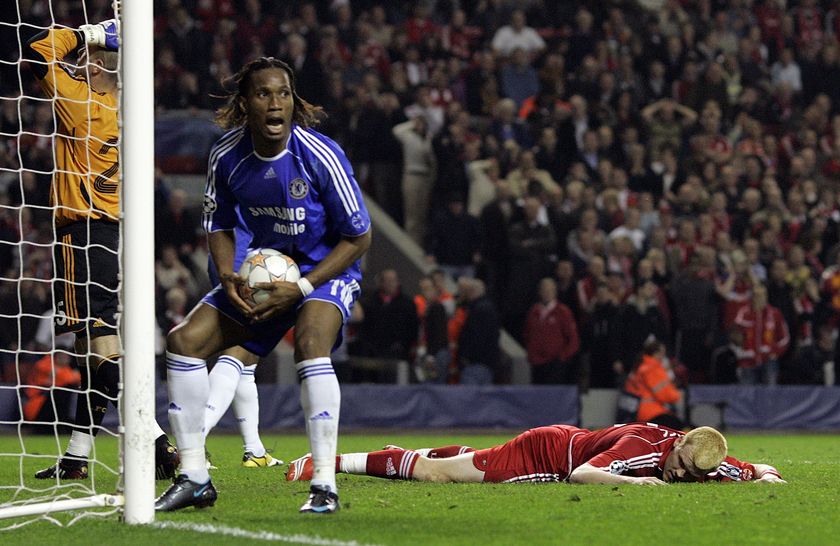 The most glaring of changes is the fact that Liverpool is challenging on more than just one front. Who would have thought? The Scouse find themselves right on the heels of Manchester United in the Premier League, their first legitimate challenge on home soil in, what, three centuries? I suspect this distraction won't have an effect on the scum's play Wednesday, however -- Liverpool are just too good of a knockout competition side.

Chelsea, meanwhile, has a new manager as well and a squad that is beginning to show its age. Yes, despite their formidable play of late, this Blues side is beginning to feel a bit dated.

Is it all doom and gloom here at the Chelsea Offside? Is this tie done before it has even begun? After all, we haven't won away in the Champions League since 2007 (Rosenborg).

Hardly. Sure, Chelsea have struggled mightily in matches against Europe's better sides -- particularly those in England. But that doesn't change the fact that this side, this same side, ousted Liverpool at the semifinal stage of this competition a year ago and should have lifted a CL Trophy as well. Meaning? It's simple, this team in its current makeup can challenge anyone in the world and any time.

To help matters, Didier Drogba -- the man that took the disdain of Rafa & spit it right back at him a year ago -- has been passed fit and should be ready to rampage at Anfield. Jose Bosingwa, however, will not be included in the team meaning that Branislav Ivanovic will likely be roaming the right side of defense.

Or will Hiddink drop Essien into defense? Let's hope not. The midfield will no doubt be the key, and I pray Guus opts for Mikel in the holding role. We need his steadfastness in the position, rather than Essien who is more prone to drift forward. Perhaps Mikel can man-mark Stevie Me out of the game; it's worth a shot, I'd say.

Another man who must be in from the start is Florent Malouda. The often-criticized midfielder was fantastic against Newcastle and, really, offers the best link to Ashley Cole. He's a true left-sided midfielder who understands his role -- i.e. dropping back when Cashley marauds foward. Take note Salomon.

I expect to see this or some variation of it tomorrow...

As for Liverpool, we've been given a massive boost with the absence of its real catalyst, the real gem in that side, Javier Mascherano. The Argentinian midfielder is suspended for the first leg. What does that mean for us? Well, it simply means Essien and Lampard will have freedom to roam -- and potentially make those supporting runs forward they've both become known for.

Obviously, the key for the scum will be Torres and Gerrard. How they go Liverpool goes. The real question is will Torres have the support he craves? That will come down to Chelsea, and if Mikel can quell Gerrard for even half of the match, it will pay major dividends. Then again, Guus could opt for Essien in that role or even Essien and Ballack in retreated roles. If so, I think we're in trouble.

Prediction
I've got no clue what to expect here. Liverpool is favored, and rightfully so. The Scouse are playing wonderful football at the moment. However, I certainly don't expect this to be anything other than a Chelsea-Liverpool match -- slow, drab and few chances between the two. I'd be ecstatic with a scoring draw, or even a 1-0 defeat to be honest.