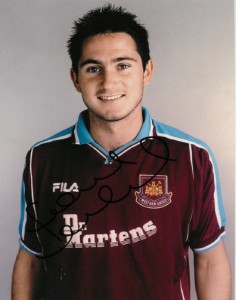 Our resident professor, Frank Lampard, spoke candidly regarding youth players a little over a week ago. Here's what he had to say:

"There are good young pros out there but nowadays it's made much too easy for them.

"We're all lucky to be where we are, leading nice lifestyles, but that lifestyle is coming earlier and earlier. The lads are forgetting the hard work that needs to be done to earn that lifestyle. Sometimes when you mix with international players and have a taste of the trimmings at 16, 17 or 18, you can forget you're not there yet.

"I have had a word with some of them. I'm close to one or two of the younger Chelsea boys. I'm not digging out everyone. There are some who are good young lads who want to be top players. We have a fantastic Academy at Chelsea. But players don't clean boots any more and I'm a big advocate of that.

"Me and John (Terry) always complain that they should be cleaning boots because it was a great learning curve for us, being told off by Julian Dicks and having the boots thrown back at you. Once that's gone, an edge can be taken off. If that stops players being as good as they should be that's bad. I work very hard. If I take my foot off the gas. I feel my game go down a level.''

Lamps' comments have been both embraced and criticized. What I think everyone can agree on is that the Chelsea midfielder brings up a good point. The question now is, what can clubs -- and countries -- do about it.

One of my favorite football writers, Sam Wallace of the Independent, tackled that query today. It's certainly a must-read.

Here are some choice tidbits for those of you too lazy to click over...

"Lampard was well-intentioned but the fundamental problem is not that young players are no longer cleaning boots. The problem is the academy system that has screwed the development of young footballers to the extent that the old-fashioned apprenticeships they served no longer exist. It is a system that has been undermined by English football's oldest friend and biggest problem: money." 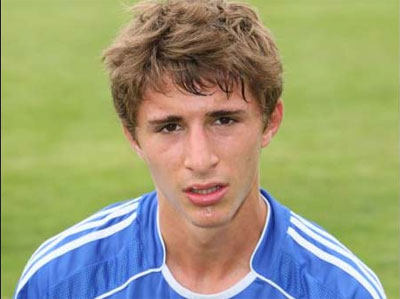 I wonder if Vincenzo Camilleri returned to Italy in the same helicopter?

"At Chelsea's academy, for instance, young players are graded. The best, often established youth internationals with major football-playing nations, sign contracts worth upwards of £75,000 a year when they turn 17. At grade B, players who are judged as slightly less promising, but with potential, can earn between £40,000 and £70,000 a year from 17. Those at grade C get a scholarship. They earn about £100 a week."

"More than cleaning boots, washing out the baths or sweeping terraces, it is money that changes the attitudes of young players. It must be hard to teach a young man about hunger and enthusiasm when he has a BMW X5 waiting for him in the car park. But the Premier League academy rules are forcing clubs into making bigger investments in young players who are completely unproven because, to get around the rules, they have to move the family, as well as the child."