Share All sharing options for: Making the Grade: International week

This is the first of what hopefully will be many installments of Making the Grade, a schoolboy look at Chelsea players, management, supporters, groundsmen, ticket sale persons, customer service reps, kit makers, bartenders and more.

First, we'll look at how some of our favorite Blues managed over the international break. 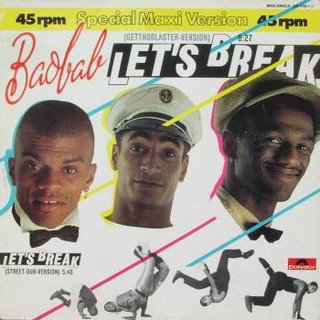 John Terry
Grade: B+
JT was a mere bystander in England's 4-0 "friendly" romp over Slovakia on Saturday. His only real contribution was a negative one, bundling home a goal-bound effort from Peter Crouch from an offside position. Wednesday, however, Terry produced the goods in a much-needed 2-1 win against Ukraine. As always, he was fantastic in the air -- both offensively and defensively -- helping Frank Lampard's corner kick on for Crouch's opener. He, then, stole the show with the eventual game-winner five minutes from full time.

Frank Lampard
Grade: B
Against Slovakia, Lampard struggled mighitly with his set-piece delivery but more than made up for that with his first international goal in two years. It also represented England's 500th at Wembley. Lamps closed the match extremely well, linking up with Wayne Rooney for England's fourth. Wednesday, Super Frank amped up the delivery on set pieces, also putting in a industrious display in his new deep-lying midfield role.

Ashley Cole
Grade: B+
Solid in both outings. Threw down a pair of menacing challenges against Ukraine to set the tone. One can never question Cole's workrate, either. Provided good support for Steven Gerrard and Wayne Rooney.

Michael Mancienne
Grade: D
An under-strength England Under-21 side clashed with the French U21s over the break, and were expected to breeze. Instead, they were poor in a 2-0 defeat to France. Mancienne started in the anchor role but was tormented time after time by Toulose midfielder Sissoko. He moved to centerhalve after the halftime break, and somewhat recovered, though it was still a subpar outing.

Jose Bosingwa, Ricardo Carvalho
Grades: C
According to reports, it was vintage Bosingwa in Portugal's disappointing goalless qualifier against Sweden. The right-back spent most of his time in the attacking third. He was withdrawn at halftime after suffering a gash in his left leg. Scans have yet to reveal the extent of the damage but Bos could miss the first leg of Chelsea's CL tie with Liverpool. Damn. Ricky was called into the action fairly often in the start, before drifting out into the right-back position following the injury to Bos. Got involved in a few attacking moves as well.

Michael Ballack
Grade: B+
Where has this Ballack been for Chelsea all season. The German captain -- and the Blues' worst performer thus far this term -- was superb in the 2-0 victory against Wales on Wednesday. His 30-yard screamer opened the scoring, and the youngster continued to stamp his authority on this one throughout. Plenty of fantastic touches and incisive distribution to go around. Shocking, ain't it?

Didier Drogba
Grade: B
The Ivory Coast's 5-0 rout of Malawi was overshadowed by the tragic fan stampede that killed 19 and injured more than 130. My thoughts go out to the victims. Drogba notched a brace in the match, which was, amazingly, played after the tragedy.

Michael Essien
Grade: C
Info on Ghana's 1-0 stoppage of Benin is sparse. But, from what I've read, it wasn't pretty. Ghana was atrocious to most reports. Essien was supposedly the only constant for the Black Stars, not surprisingly. 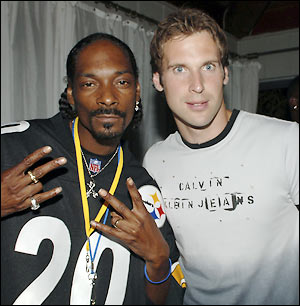 Petr Cech
Grade: B (D based on results)
It was not a good week for the Czech Republic. Actually, it was horrible. First, the Czechs slumped to a goalless draw with Slovenia. Then, they plummeted to new depths after Erik Jendrisek scored seven minutes from time to power Slovakia to a 2-1 win in Prague. Cech pulled off a fine stop to deny Jendrisek on his first attempt, but could only parry it back into play. Jendy swept the rebound under Cech to leave the Czechs in fourth place in Group 3.

Miroslav Stoch
Grade: B-
Funny little thing is how Stoch nearly logged more minutes in one match with Slovakia than he has in total with Chelsea. The youngin' failed to log any time against England, despite Slovakia's appallingly bad performance, but his 20-minute cameo against the Czech Republic, in a highly-critical WC qualifier, was bright. He saw quite a bit of the ball, though he wasn't around for Jendrisek's winner. Still, this is a big plus for the Blues.

Branislav Ivanovic
Grade: B
Serbia, with Ivanovic in tow, had a great international break. The Serbs find themselves at the top of Group 7 -- ahead of France -- after outing Romania 3-2 on Saturday. Ivanovic himself added the final tally. If we could only get this guy some action at Chelsea.

*P.S. I know Deco made an appearance for Portugal against Sweden. I'm choosing to ignore that fact for obvious reasons.