Boys & girls, I'm going out of town this weekend. The nation's capital is hosting one of the trillest -- trilllllll -- parties around. So, if you're in the area, holla at me.

Anyway, I've got to get this special FA Cup edition of the rant box out with the quickness. 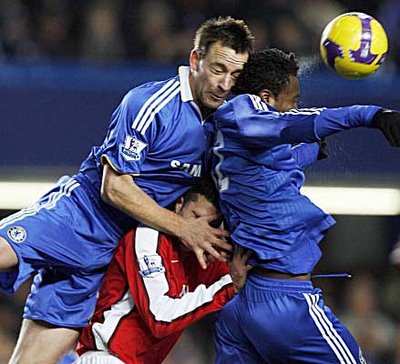 We all know the deal. Chelsea, fresh off one of the greatest European nights in history, must get right back to business. A semifinal date with Arsenal at Wembley awaits on Saturday.

Both teams are in full form. Both are seeking an FA Cup-Champions League double. Arsenal already owns a win over the Blues, a 2-1 Premier League result at Stamford Bridge earlier this season. Chelsea will no doubt be looking to erase that from the memory.