All these emotions -- and more -- are slowly bottling up in my stomach as we approach the day of reckoning: Chelsea v. Liverpool at Stamford Bridge. 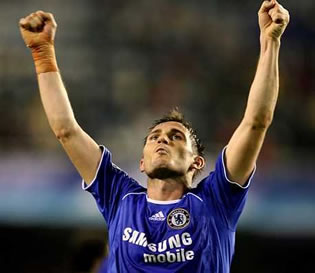 Sure, the Blues roll into the second leg of this Champions League quarterfinal with a commanding 3-1 advantage. But this is Liverpool. The Liverpool. The one that is never done. Never finished. Three goals? That's nothing to the scum.

Then again, Liverpool hasn't scored three goals at the Bridge in 20 years.

Regardless, it's sure to be a spectacle. It always is. And, as if we needed any more intrigue, the weekend's Premier League performances did just that. Scousers around the world are giddy after watching Chelsea surrender three goals in less than 10 minutes to Bolton.

But I've already discussed that. The only thing I'll say is I hope Liverpool decides to play direct. Bring that long ball in for Torres. Fine by me.

Stevie Me is supposedly winning his race to be completely erased from the match by Michael Essien. What I'm wondering is whether or not Rafa will find a place for Daniel Agger, who scored an absolutely belter on the weekend. He'd have to wouldn't he?

As for Chelsea, it's almost a certain that Hiddink will field the exact side that swept Liverpool aside last week. I'd love to see Mikel come in for Ballack -- as I think Ballack offers more of a jolt off the bench than Mikel will -- but that's highly unlikely. England's Brave John Terry is suspended but, after that display against Bolton, I'm not so sure that's a bad thing.

One major point of note is Petr Cech. This guy was appaling against Bolton, easily the worst of a egregoius lot at the back. He must be more aggressive, confident -- and, more importantly, effective -- Tuesday.

Chelsea XI
Cech
Ivanovic - Alex - Carvalho - A. Cole
Essien - Mikel (We all know Ballack will be in here, though)
Kalou - Lampard - Malouda
Drogba

Prediction
I can't see Liverpool not scoring, particularly the impeccable Torres. However, I can't see Chelsea not scoring, either. That bodes well for us now doesn't it? I'd take a 2-1 defeat at this point. However, I see something like a 1-1 draw. See you soon Messi.

And for good measure 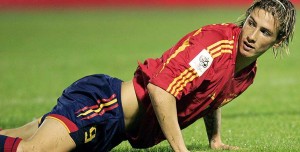