Last year, at this stage of the FA Cup, Barnsley took Avram Grant's men to task. This season, Coventry attempts to the same. 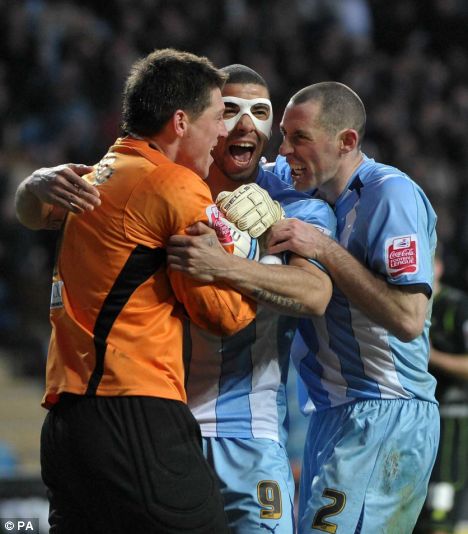 Saturday, the Sky Blues host Chelsea at Ricoh Arena in the quarterfinals of the world's oldest cup competition. A shock result is certainly not out of the question, either.

Both clubs enter the match on a good run of form. Coventry has defeated both Wolves and Birmingham since the beginning of February. The Blues are unbeaten under interim boss Guus Hiddink, a run of four straight wins.

More prominent news for Chelsea fans is the return of Ricky Carvalho and Michael Essien. Both could see minutes Saturday. Cashley is set to start despite going all Mike Riley on some police officers this week -- mainly because Paulo Ferreira has been ruled out for the season after rupturing his ACL on Thursday. Other than that, expect to see a near full-strength squad from Hiddink.

Coventry will have the Leon Best, aka Lone Ranger, up front. Clinton Morrison and Freddy Eastwood are also pushing for spots. Fullback Daniel Fox will miss out with his own knee injury.

That's all I got. Hit me up with the goods before, during and after the match people.