Frank Lampard is smarter than you

Share All sharing options for: Frank Lampard is smarter than you

Move over Ben Franklin. Albert Einstein and Leonardo Da Vinci, too. There's a new man joining the brethren of genius. 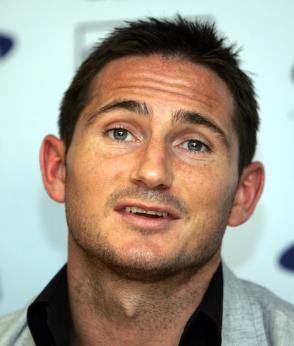 According to the Daily Star, Frank Lampard has recorded one of the highest IQ scores ever. Dr. Bryan English conducted intelligence tests on the entire Chelsea squad, only to find out Super Frank was, in fact, smarter than he was.

"Frank Lampard scored one of the highest sets of marks ever recorded by the company doing the tests, and higher than me," English said.

He refused to reveal Lamps' score, but sources suggest it easily surpassed 150 on the IQ scale. The British national average is 100, putting him in the most intelligent 0.1 percent of the population.

DAMN. So not only is Franky a certified genius on the pitch, he's a brainiac off it too. Any thoughts on what Stevie Me's IQ is?

Thanks to frequent visitor/contributor Dave for the spot.