Share All sharing options for: Week Recap: The Late Show

Guus certainly has a flair for the dramatic.

On Saturday, it took an injury-time header from Super Frank to defeat Wigan. Tuesday, at rain-marred Fratton Park, it was an 80th-minute strike from Drogba. Regardless, wins are wins. And, with that being said, it appears the Chelsea of old is back.

Chelsea 2, Wigan 1
This part of the post should be entitled, "Titus Bramble: A Renaissance." Seriously, how brilliant was this guy against us? Had a stormer. 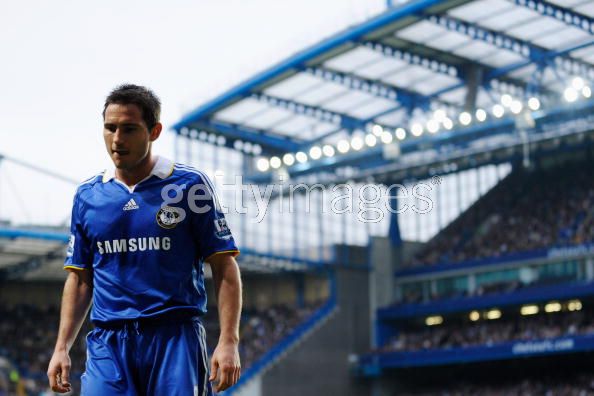 If not for Bramble, the Blues may have held a comfortable two- or three-goal cushion before a rousing final 10 minutes made for must-see television. EBJT struck first with a finish of Daniel Larusso quality (get 'em a body bag!) before Olivier Kapo leveled seemingly out of nowhere after 82 minutes.

But, of course, Super Frank came to the rescue once again. Like he had against Stoke earlier in the season, Lamps popped up deep into stoppage time to head past Chris Kirkland and secure a precious three points for the Blues.

Wigan, I must say, were unlucky not to have been ahead within the first 20 minutes. The Latics were, frankly, superb over that span. Luckily, Chelsea worked its way into the game behind the resurgent Drogba -- who could have had a hatful if not for Bramble -- and, by the second half, was tormenting.

I also must address the comments made by Wigan manager Steve Bruce afterward. The former Manchester United defender fumed, citing a push on Melchiot as the reasoning for Lampard's goal. Steve, are you serious? There was the slightest of touches. Second, you're complaining after one of the most blatantly one-sided officiating jobs I've seen this year (in Wigan's favor I guess I must add)? You've done a marvelous job this season at Wigan, Steve, but jog on.

Chelsea 1, Portsmouth 0
I swore I was going to see George Clooney or Marky Mark blow by today at Fratton Park, the weather was that beautiful. Or dreadful. Which ever your like, really. 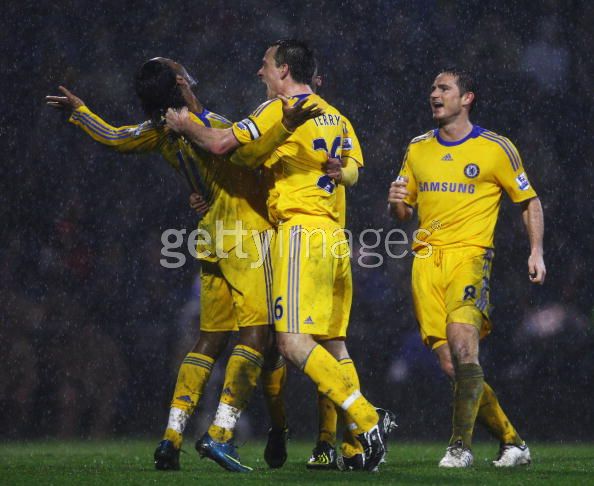 Despite the weather and the lack of goals, this was quite an interesting match. Chelsea dominated possession for large spells, only to see Pompey create the best chances hands down. If not for a marvelous stop from Petr Cech, Sean Davis would have put Porstmouth ahead inside the first half-hour with a sizzling effort from 25 yards. Hermann Hreidarsson and David Nugent -- twice -- had golden opportunities to put Pompey ahead.

But Chelsea, behind Cech, stood firm. And when the opening finally presented itself, Drogba, who had drifted from the match after an inspired start, latched onto a slightly-deflected crossing pass from Bosingwa and curled it around a hapless David James 11 minutes from time.

Nicolas Anelka was absent after picking up a toe injury at the weekend, but I doubt his inclusion would have made this match any less difficult. Pompey, disciplined, defended in numbers and did it well.

Of note is the performance of Frank Lampard and Ricardo Quaresma. We all know what Lamps brings to the table but Quaresma, who came on with 30 minutes to play, put in a much-appreciated shift on the wing. Solid and unspectacular; there weren't any stepovers, elegant flicks or trivelas -- well, there was one. It was an effective display of direct wing play, something we've desperately needed this season. Of course, it was against tired legs but the Portugese should signs of being able to not only cope with the elements of England, weather included, but excel as well.

Simply put, this bodes for well for the run-in. And so does our form.