Can you tell I'm avoiding touching on the weekend's festivities? You're quite the observant ones, aren't you?

Following that debacle, it just keeps getting better for Chelsea. Primo striker Nicolas Anelka has been ruled out for three weeks because of a bruised left toe. Really, a toe is going to keep you out at the business end of the season? I guess. 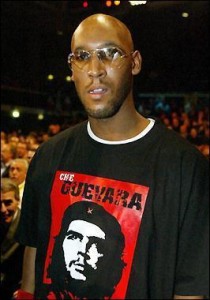 That means Anelka, the Premier League's top scorer with 15 goals, will miss the Blues' next two Prem fixtures, at Newcastle and at home against Bolton, as well as the first leg of the Champions league quarterfinal tie with Liverpool (at Anfield).

Oh, goody. Does this mean we can expect Quaresma to get some more minutes doubt it. Speaking of minutes, where the hell has Salomon Kalou disappeared to?