The Special One v Chelsea

Share All sharing options for: The Special One v Chelsea

So Jose Mourinho is going to join Chelsea on the field. Except, to my chagrin, it will be as an opposing manager. 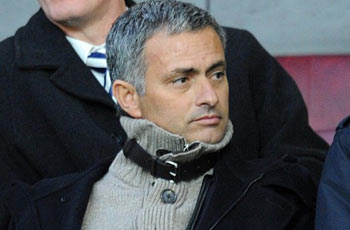 The Special One is bringing his Inter Milan team stateside this summer for a two-week training session on the Left Coast. Inter will play three exhibition matches this July, one being against our Blues on July 21 in San Francisco. The match supposedly will be played at Stanford Stadium on the campus of Stanford University.

This is superb news, my friends.

Who knows, maybe he'll be in charge of both sides -- Special One TV style -- by then. That would be a must see (not that it isn't already).