OK, there's this small matter of a Champions League second leg in Turin tomorrow. Maybe you've heard about it. 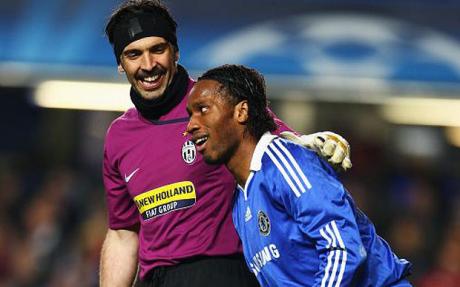 Some small Italian club known as the "Old Lady" is expecting to overturn a one-goal deficit and oust our beloved "fighting machine" from Europe's most grand of competitions. I don't think so, girlfriend!

If you're interested in a Juve supporter prospective, Alessio from Juventus Offside unleashed a thesis of nonsense in one of my posts just a short while ago. It's not his -- and I haven't read it -- but I assume it's equally mundane entertaining.