Chelsea travelled to Merseyside for the second time in a week. And, once again, the Blues left empty-handed.

Chelsea's Under-18 side crashed out of the FA Youth Cup on Thursday, suffering a 1-0 defeat to Liverpool in a nip-and-tuck affair on a brisk night at Anfield. Liverpool scored the night's only goal on 16 minutes, David Amoo heading past Blues keeper Niclas Heimann. The Reds move into the quarterfinals where they'll face Bolton. 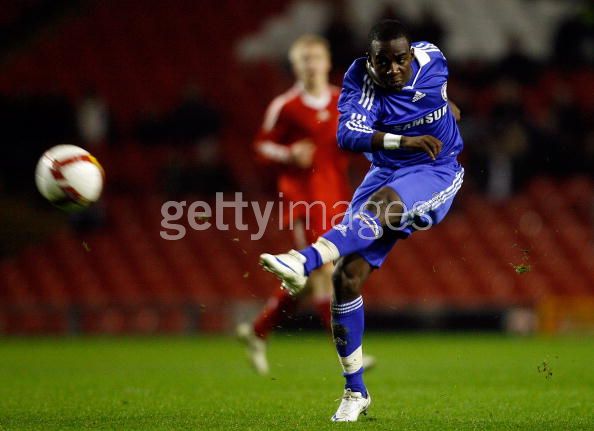 Behind Thomas Ince -- son of Paul Ince -- Liverpool created a pair of chances in the opening stages and, in the end, were worthy of advancement. Promising Chelsea winger/forward Gael Kakuta scored in the 60th minute only for the strike to be ruled out because of offside. Again, can anyone tell me why this kid is playing out wide?

Dermott Drummy took charge of his first match as official U18 manager. He said afterward: "We didn't perform to our potential. Liverpool defended a lot better. Once they got the goal, we tried to force the game but they sat deep and that is easy for them. ... We didn't really create enough chances for the ability we have got in the side. It is disappointing that we haven't performed and have probably been out fought.

"We just have to take it on the chin, take a look at ourselves and maybe get a bit more character."