Match Report: Still Work To Do

Share All sharing options for: Match Report: Still Work To Do

Via The Telegraph: "Shortly after the final whistle, Roman Abramovich wandered across the pitch, accompanied by Bono and assorted other members of U2, underlining the point that Chelsea felt they now had The Edge."

Remnants of Mourinho's Chelsea surfaced during last night's 1-0 Champions League quarterfinal first leg win over Juventus. There was drive. There was power, along with discipline. And there was that uncanny go-to-war attitude that made Mourinho-led sides so intimidating. However, after failing in their search for a second goal, the Blues still have it all to do in Turin. 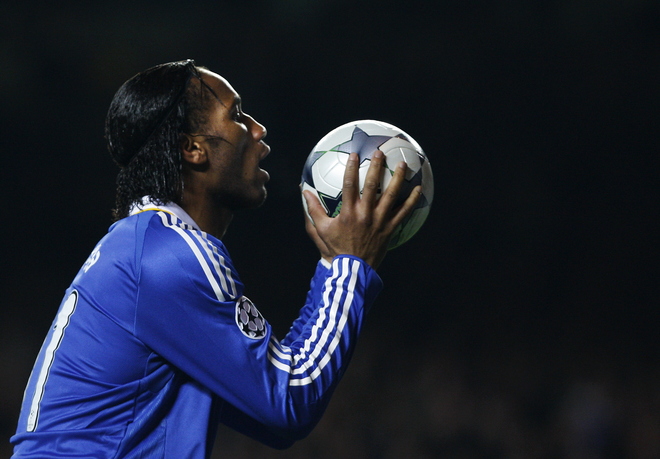 As it had in the massive 1-0 win over Aston Villa at the weekend, Chelsea opened the match on a tear. Didier Drogba, in particular, wreaked havoc. Motivated -- and, more importantly, focused -- the Ivorian could have registered a hat trick within the first 15 minutes. Instead, he had to settle for a solitarly tally in the 12th minute.

Divinely set up, by both Michael Ballack, who kept the ball alive and Arsenal lover Salomon Kalou, who provided a dissecting ball through a maze of bodies. It was Drogba's first goal since Boxing Day.

Chelsea's ascendancy soon vanished, much to interim manager Guus Hiddink's dismay, and Juve found itself in promising positions more than just a few times. Old Man Del Piero forced Petr Cech into a save after 22 minutes and, by the second half, a leveler looked more likely than another Blues strike. But Chelsea, playing quicker and looser, managed to stave off any rally with relative ease.

Promising for Hiddink -- other than Drogba -- was the display of John Terry, who of late has performed well below standard. Tuesday, EBJT hammered out a vintage run. The physicality was unmatched as was the aerial dominance.

Much of JT's dip in form could be attributed, as he has stated publicly, to a lack of fitness. Hiddink has stressed his disappointed in the fitness of all players -- and many appeared out of gas late Tuesday. For me, fitness had plenty to do with Chelsea's inability to find a second goal. If Hiddink can somehow work his magic in this facet, we can only expect more out of the side. This is a big if, though.

We'll need to be in prime condition come March 10. As engaging as the first leg was, the second is sure to provide even more entertainment and unpredictability.