Perhaps this fixture is not as big as the previous week's encounter at Arsenal. Nevertheless, this represents quite a significant point in our season. A win would see Chelsea emerge from an eight-game stretch in which it recorded wins over its three Big 4 rivals and a Big 4 wannabe. The Blues won't encounter a similarly difficult stretch until the final seven weeks of the term. This is critical.

City have drawn a Premier League record seven consecutive matches. Examining each club's form, you'd think Adebayor & Co. would settle for an eighth in a row. However, the club recorded a comfortable 3-0 victory over Arsenal's reserves midweek in the Carling Cup quarterfinals. Conversely, Chelsea were eliminated from the League Cup via a hard-working Blackburn side on penalties. Will this serve as motivation? We can hope. 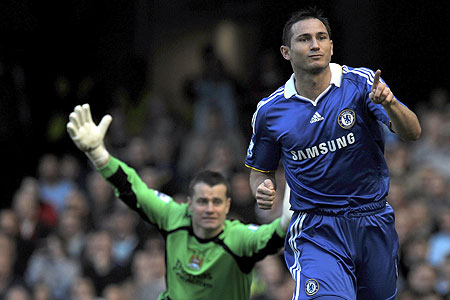