All Chelsea wants for Christmas - The Offside ed.

Share All sharing options for: All Chelsea wants for Christmas - The Offside ed.

It's that time again. Tis the season for merriment and cheer; jolliness, togetherness and giving; Bing Crosby and Jimmy Stewart; and, of course, a temporary economic boost fueled by the shamwow. 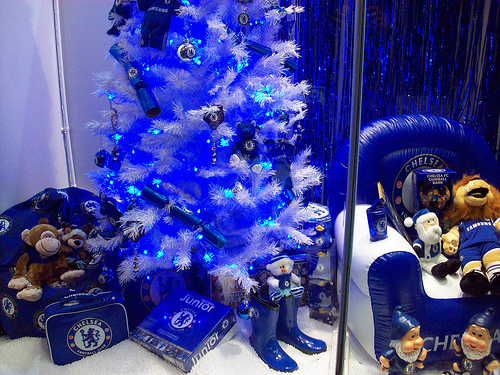 It's also a time for gifts, lots of them all hoarded up with no regard for spending, debt or the fellow man. It really is a gas. And it also brings me to the point of this post: If Chelsea Football Club could have anything it wanted for Christmas -- and assuming it had been nice rather than naughty -- what would it be?

What do you think the Blues want? What do YOU want?

P.S. Happy Holidays to you all, from your most trusted and credible Chelsea news source (ha).