Share All sharing options for: Bad pub piling up for John Terry

The Chelsea and England captain is back in the news. And for the wrong reasons once again.

John Terry has been accused by the News of the World for allegedly receiving money for a tour of Stamford Bridge and Chelsea's training facility. The paper claimed that Terry took a £10,000 payment, £8,000 of which he wanted to go to the Make A Wish charity. The rest was heading to a middleman. 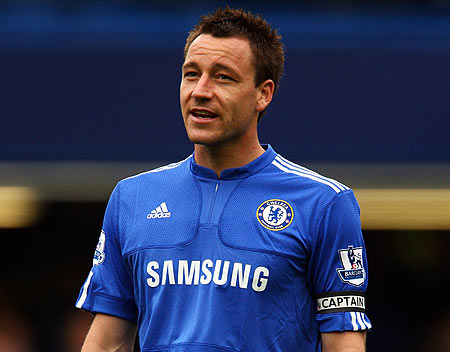 The news comes on the back of Terry's dad being caught dealing narcotics, his mother and mother-in-law shoplifting and, most recently, the leak of a marketing email in which said company is soliciting Terry's services as an endorser.

Not good for England's Brave. Chelsea have fully backed Terry, and released this statement:

"Chelsea Football Club hosts a large number of visitors at the training ground throughout the year. The majority of which are made up of club sponsors, our charity partners and supporters.

The players play a big part in these visits and John Terry naturally has a leading role, hosting a significant number of children and their families this season through our partner charities Help a London Child and Right to Play. John has also organised a number of visits for families with sick children as a result of personal correspondence.

Contrary to media reports and the appearance of edited video this morning, the club is confident that at no time did John Terry ask for, or accept any money in relation to visits to the training ground.

Chelsea FC gives our players room to exercise their own discretion when contacted personally with regard to visits, and the club keeps security and access to the training ground and Stamford Bridge under constant review.

However, as a result of the security breach highlighted by today's article, we will be further reviewing access to our facilities and clamping down where there are gaps in the process."

Today, Fabio Capello reminded his captain of his responsibilities. Hopefully this is nothing more than a bit of naivety, and nothing more. This article in the Times hints at what exactly Terry might have been thinking.