Share All sharing options for: Kakuta: Premier League is easy

Gael Kakuta is still a young one, just 18. He's one still running out for the Chelsea reserves.

But that hasn't stopped the now-infamous French starlet  from drawing some conclusions on the Premier League after just one match. In fact, Kakuta reckons first-team football is a cinch -- compared to youth and reserve level, that is. 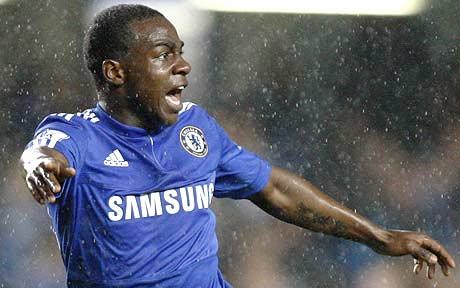 "Yes, (it's easier than the reserves) because the game is much quicker, you have more choice when you play, you can play one touch, two touch, so it is much better," Kakuta told Chelsea TV.

"I wasn't nervous at all. My fitness is good because of the ban I have been out for months, but I have worked double sessions every day and I feel good. It has been a little bit like pre-season, because when the boys finished I was still in, working in the afternoons."

After a sparkling debut at home against Wolves on the weekend, who's really to argue?

What the papers have been saying about young Kakuta: