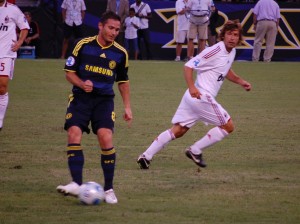 Taken by me at M&T Bank Stadium. Jealous?

Alright people. Back from what felt like the longest international break in....well, ever, Chelsea will take on Wolves at the Bridge tomorrow, and will do so with what would have to be called a diminished lineup. But as we all know, one of the privileges of being Chelsea is your backups aren't so bad.

Projected Lineup: Now the way I do this is pick who I want out there, given the squad health and whatever else. It may not actually be that way, but this is more fun for me, and let's you second guess and belittle my decision making abilities. And who doesn't love that, right?

Predictions: Even diminished, Chelsea has to be the big time favorite here. Not only that, but how hard is to beat a team with the lack of imagination displayed in naming your team, which resides in Wolverhampton, Wolves? Lazy.
3 nil to the Blues.