Way to go, kid. Lee Sawyer, a midfielder who had been with Chelsea since age 9, had his contract terminated on Nov. 12 after being returned to the Blues by his loan club, Southend United, at his own request. 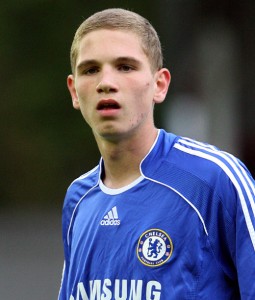 That move kind of backfired, eh? Sawyer had numerous discipline issues while at Southend, including being banned for a match after missing a team meeting.

Good luck to you son.