Outlets across the board reported Saturday that Chelsea have launched a preliminary bid for Everton kiddie Jack Rodwell. The number I'm seeing -- and I'm rolling with the Independent on this -- is £14 million.

Wow. Of course, it was rejected by David Moyes & Co. who value Rodwell at £20m. Hmm, a hefty sum that. Is this young starlet worth it? 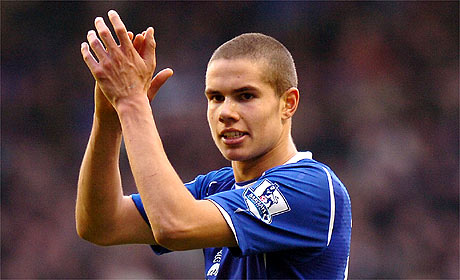 Worth a cool 20 million?

Of course not. But he's young and English. Thus ridiculous fees are inherent.

What I do know is that this kid can play. Primarily a defensive midfielder, Rodwell -- who has also attracted the interest of Manchester United and Arsenal -- has already made 18 appearances this season for the Toffees. This at just 18 years old. His long-term future appears to be in the central of defense, where most reckon he'll be the next Rio Ferdinand -- minus the dip in form, naturally.