Share All sharing options for: Nico saves the day; New Guy in town 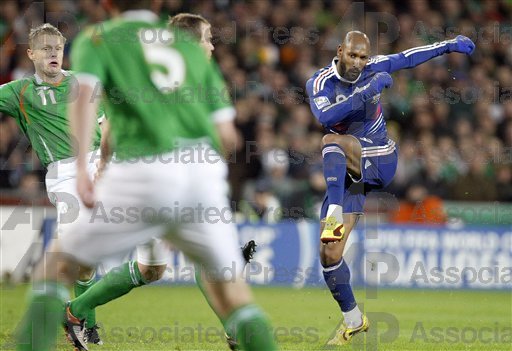 Off a defender, off a post, in the net. Mr. Anelka took care of business away for France, making their trip to South Africa look pretty likely. As Jack posted earlier this week, Nico likes being the supporting striker, but that doesn't mean he doesn't like to let it rip on occasion.

Also in action today, Deco, Ricardo Carvalho, and Paulo Ferreira all played as Portugal won 1-0 against Bosnia, as Hilario, who won his first callup for Portugal, didn't make the bench. Maybe Wednesday, Henrique!

And oh yeah, I'm the new guy. Jon. How ya doin? I also write the DC United Offside page, so if you're a Chelsea fan who wants to find an MLS team to follow...I think you can see where I'm going with this. I'll be helping Jack make this one of the best Chelsea blogs on the intertubes, and I welcome your comments and suggestions for the blog.