Share All sharing options for: Team News: Bos out for three months 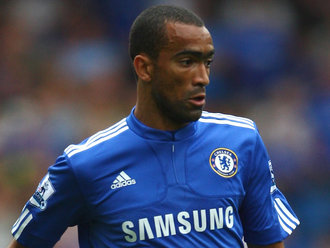 Bosingwa ruled out for three months
Via the official Web site: "Chelsea Football Club can confirm that José Bosingwa underwent arthroscopic surgery on his left knee this week. His recovery time will be approximately three months."

S***. At least we have an in-form Branislav Ivanovic to continue in his absent. Who knows, Bane may be first-choice, anyway.

The 27-year-old fullback has been out since mid-October with the problem.

No knives for Cashley
"... Ashley Cole is suffering from an aggravation of a depressed fracture of the tibia, originally picked up against Atletico Madrid at Stamford Bridge. The injury will not require surgery."

Excellent news. A timetable for Cole's absence was not released, but you've got to expect him to miss at least a couple of weeks with the ailment.

Cech to answer queries live online Friday
The Chelsea goalkeeper is scheduled to answer fan questions, most of which were collected over the past two weeks on the club's Facebook Fan Page, on Friday from 1 p.m. The interview will be streamed live via chelseafc.com on the live press conferences page.

I've got a question in quene, so hopefully the helmet man will respond. Be sure to check it out.