Chelsea v Liverpool: The lead up

Share All sharing options for: Chelsea v Liverpool: The lead up

There was a time when one would hear Liverpool and Chelsea in the same sentence, immediately projectile vomit and then proceed on with their merry afternoon.

That doesn't seem to be the case nowadays, does it? Not after last season, anyway. 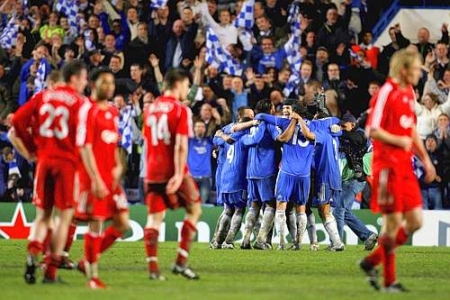 These two loveable clubs who so often have sucked the life out of the sport of football over the past few years now appear best mates -- I'd reckon they quite enjoy the odd cuddle up and romantic comedy on a Friday night.

Aside from Liverpool's deflected triumph at Stamford Bridge -- coincidentally the venue for Sunday's mega-fight -- the sides combined to produce 14 goals in three matches last term. Fourteen you say? The final hurrah a whimsical 4-4 Champions League draw in mighty London. Hardly a bore wouldn't you say?

More of the same Sunday, then? Doubt it.

What we do know is that both clubs are desperate for an impressive showing. Chelsea is coming off projectile vomit-inducing performances against Wigan (loss) and APOEL (win). Liverpool, fresh from a comprehensive defeat in Florence, has already lost twice in the Premier League. Suffice to say the scum have been more erratic then, well, Woody Allen.

So both will be up for it. What that translates to is anyone's guess. All I know is it should make for great entertainment. 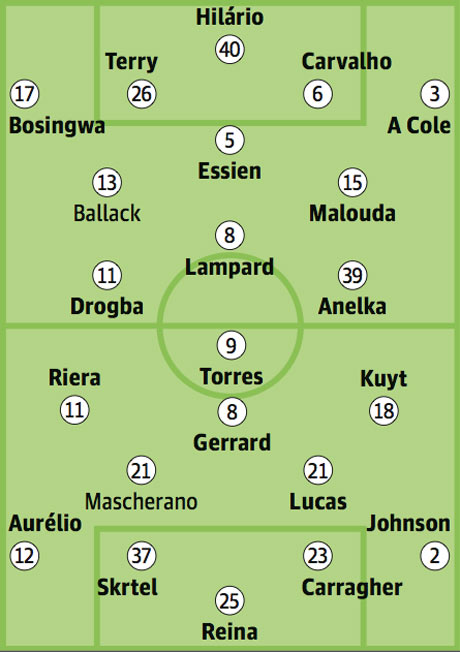 Team News
Chelsea
Foremost for the Blues will be the absensce of Petr Cech, suspended (red card), in goal. Hilariou should deputise. It appears the sorely missed Michael Ballack (calf) will return to the starting XI. Alex, John Obi Mikel and Daniel Sturridge will not take part. Recent returnees Deco, Zhirkov and Joe Cole provide greater depth off the bench.

Liverpool
Great news for the scum: Javier Mascherano, the fulcrum of this side, is set to return after missing the midweek match due to a hamstring injury. Great news for the Blues: Lucas should continue to patner the Argentinian in midfield. Daniel Agger (back) may make it into the squad, but Dossena and Aquilani will miss out.

Quotage
"The first half was the worst performance I have seen in my time here. We were doing everything wrong. Fiorentina pressed us well and made us make mistakes. When you make mistakes at this level, you get punished. I was not happy with the challenging all over the pitch in the first half. The mentality was not good enough. We were too nervous. They did well, but we did everything badly."
-Rafa Benitez, following Liverpool's 2-0 loss to Fiorentina midweek

"I’m not satisfied. I wanted Chelsea to play better and to take more control, to play with courage. We have to change, for sure. The players did strong work, for sure, and ran a lot on the pitch, but we have to play better. It was a good result but not a good performance, particularly in the second half. We tried to control the game with possession, but we made a lot of mistakes."
-CA, after Chelsea's drab 1-0 win at APOEL midweek