Share All sharing options for: Lead Up: Chelsea v Bolton

So it's Bolton at the Reebok on Saturday.

I think we can safely say we're not going to see a repeat of the midweek thrashing we threw at Wanderers in the Carling Cup. Wednesday's match was the third consecutive demolition at Stamford Bridge -- 13 goals scored, none conceded. The Blues are in a rich vein, eh?

Yet so, too, were Bolton until midweek. They are riding a run of four unbeaten at the Reebok so this could be more of a test to some may think. Up the Chels. 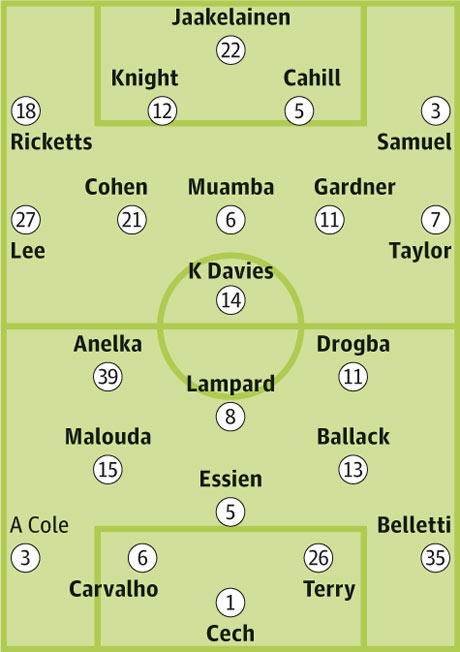