Share All sharing options for: Lead up: Chelsea v Blackburn

Atletico Madrid presented little in the way of resistance during Chelsea's 4-0 Champions League shellacking of young Kun's temporary home in midweek. Saturday's contest against Sam Allardyce's Blackburn Rovers should prove a different prospect all together.

As Wigan, Stoke and Villa have shown, the Blues are lightweight aerially at the moment. The Blackeyes, obviously physical, also have plenty to offer in the way of threats amongst the clouds. Samba, Dunn, Roberts, among others, can almost certainly threaten from set pieces. With Ricardo Carvalho -- caught out against Villa, though it was entirely his fault -- almost a certain to partner England Brave's John Terry once again with Alex still rounding into match shape, we might still struggle in this area. Watch this space.

Manager Carlo Ancelotti, who missed much of the week's preparations tending to his ill father, is expected to return to the sideline in time for Saturday's kickoff. One man we know for sure will be in attendance is Nicolas Anelka. The much-traveled forward has scored 10 goals in 12 league starts against Blackburn -- his more prolific rate against any opponent. 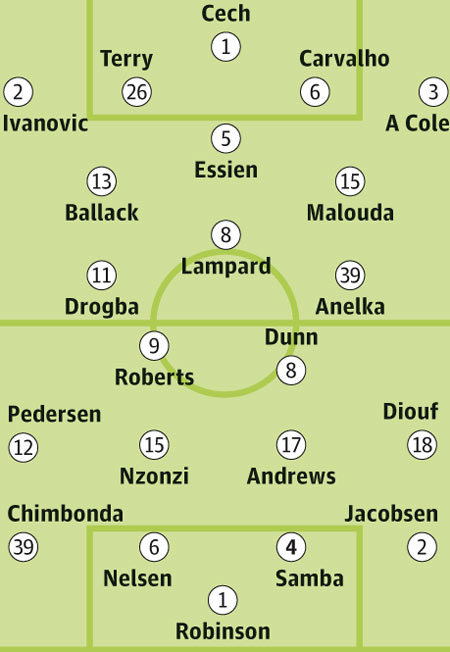