Time to get back to work.

The international break is finally over -- congratulations, by the way, to Ghana for becoming the first African nation to win a major competition with a dramatic penalty shootout triumph over Brazil in the U-20 World Cup -- and Chelsea open the Premier League slate this weekend at Aston Villa.

This will be no easy task. Villa Park has traditionally been a bogey destination for the Blues; last February's 1-0 win represents our first there since the turn of the century. Villa, despite a somewhat surprising defeat to Blackburn, have been in a decent run of form. Three victories preceded the loss, while a draw with Manchester City -- a game Villa led for much of the night -- followed.

Chelsea, meanwhile, will be looking to further distance itself from the 3-1 loss to Wigan in their last league away match with back-to-back wins against top-6 sides.  If you recall, last time out, the Blues disposed of Liverpool 2-0 at Stamford Bridge. Beautiful. 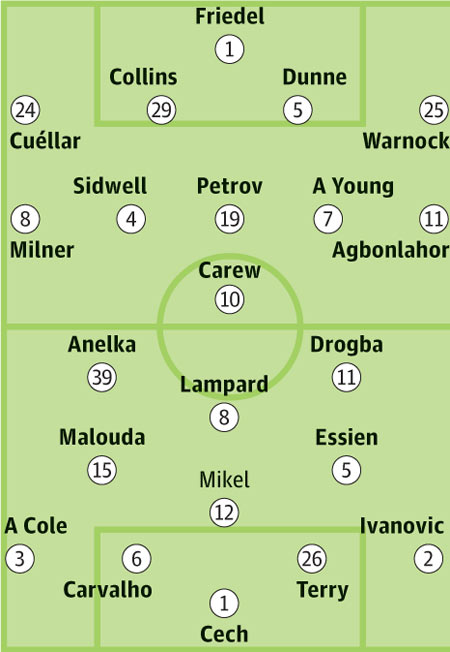